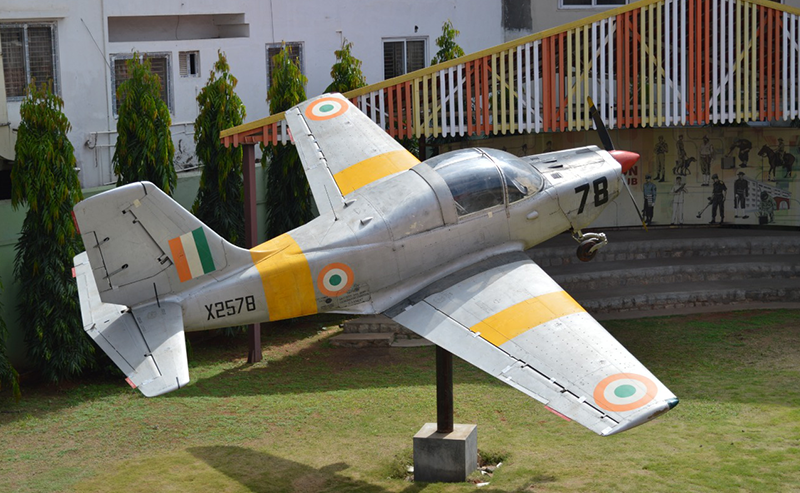 A light training aircraft which served in the Indian Air Force for 32 years has made the Tamil Nadu Police museum, as its home base. The HPT-32 Deepak, primarily used for training was manufactured by Hindustan Aeronautics Limited (HAL).

The aircraft retired in 2009 at Thambaram Air Force Station and was handed over to the Police Museum at the Hamilton club this year (2019). The Police museum is located in state bank road, opposite to railway station.

The 1034 kg HPT-32 Deepak can continuously fly for four and a half hours. It has a fuel capacity of 252 litters and can hold two persons-the student and instructor.

The Museum also houses various artilleries including serviced weapons and seized arms. A soviet made T55 main battle tank used in the Kargil war by the Indian Army and Coastal Security Group’s patrol boats are kept here for general public and children to see.