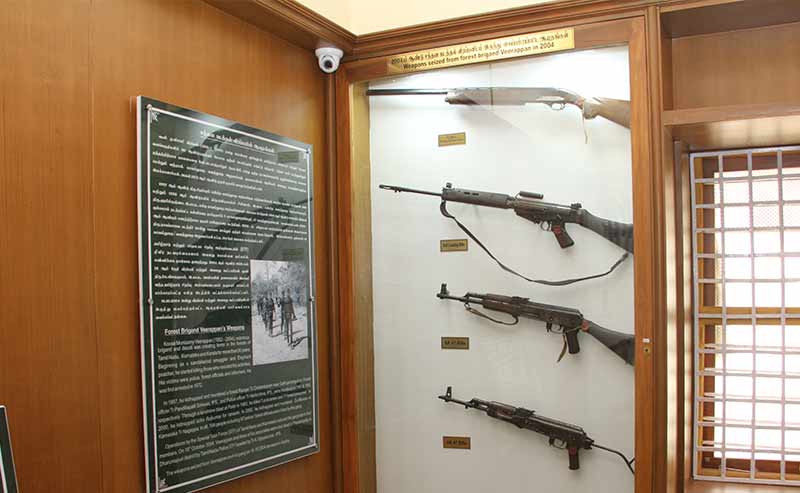 In the wanted list for the murders of more than 120 people, the poaching of over 2,000 elephants, and the smuggling of millions of dollars of sandalwood and ivory, he gained notoriety throughout India and evaded arrest for nearly 20 years.

Veerappan grew up admiring the poacher Sevia Gounder and the notorious bandit Malayur Mammattiyan. He was said to have poached his first elephant at age 14 and committed his first murder at 17. At 18, he joined a gang of poachers and expanded their operations to include sandalwood and ivory smuggling, murder, and abduction. Most of Veerappan’s victims were police, forest officials, and locals whom he suspected of being informers. He was captured and taken into custody in 1986 but escaped soon thereafter.

A special task force dedicated to Veerappan’s capture was convened by the Tamil Nadu and Karnataka governments in 1990. Veerappan evaded being caught partly thanks to a vast information network that he had established, bolstered by his financial contributions to impoverished locals. In the following years his spate of violence continued. In 2000 he kidnapped the Kannada film star Rajkumar, whom he held for 108 days and freed only after having reportedly received the payment of a large ransom. Veerappan was killed by the Tamil Nadu State Special Task Force in 2004. The Liberation Tigers of Tamil Eelam (Tamil: தமிழ் விடுதலைப் புலிகள் commonly known as the LTTE or the Tamil Tigers) was a Tamil militant organization that was based in northeastern Sri Lanka. Founded in May 1976 by Velupillai Prabhakaran, it waged a secessionist nationalist insurgency to create an independent state of Tamil Eelam in the north and east of Sri Lanka for Tamil people. This campaign led to the Sri Lankan Civil War, which ran from 1983 until 2009, when the LTTE was eventually defeated, with the financial and strategic help of China, by the Sri Lankan military during the presidency of Mahinda Rajapaksa.

Due to its military victories, policies, call for national self-determination and constructive Tamil nationalist platform, the LTTE was supported by major sections of the Tamil community. University Teachers for Human Rights (Jaffna) claimed that "by combination of internal terror and narrow nationalist ideology the LTTE succeeded in atomizing the community. It took away not only the right to oppose but even the right to evaluate, as a community, the course they were taking. This gives a semblance of illusion that the whole society is behind the LTTE. 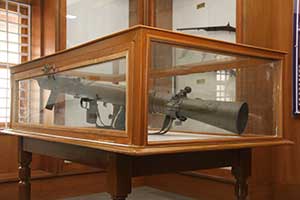 At the height of its power, the LTTE possessed a well-developed militia and carried out many high-profile attacks, including the assassinations of several high-ranking Sri Lankan and Indian politicians. The LTTE was the only militant group to assassinate two world leaders:[ former Indian Prime Minister Rajiv Gandhi in 1991 and Sri Lankan President Ranasinghe Premadasa in 1993. The LTTE invented suicide belts and pioneered the use of women in suicide attacks in warfare. It also acquired and used light aircraft in some of its attacks. Velupillai Prabhakaran headed the organisation from its inception until his death in 2009. The LTTE was proscribed as a terrorist organisation by 32 countries, including the European Union, United States, and India.